Halfway there! Thanks to our wonderful volunteers

Saturday 14 May marked the halfway point of the 2022 Federal Election polling period, acting as a sort of 'mini' election day. Animal Justice Party volunteers across Queensland headed to Early Voting booths to share the AJP's messages of kindness for all beings. Senate Candidate Mackenzie Severns said it was vital to give voters a kinder choice at the ballot box.

"Many Queensland voters are disillusioned, thinking they have a choice only between Government A and Government B. But there are more choices out there and voting for the Animal Justice Party is a choice of kindness and nonviolence. I will be a strong voice for animals in the Senate and our AJP candidates in the House of Representatives are doing an excellent job raising the important issues in their local area: live export, land clearing, animal agriculture and factory farms, cruelty, climate change, the biodiversity crisis ... and it goes on."

"Voting 1 'Animal Justice Party' sends a strong message to the next government that animals matter. And if we don't win, your vote goes onto your next preference at full value."

"We know for a fact that having friendly faces on the booth, handing out AJP how-to-vote cards, absolutely makes a difference. It increases our primary vote, puts more pressure on the major parties to adopt more animal-friendly policies, and gives the public a chance to learn more about the AJP and our values. It's a fun, easy and effective way to help."

There is still time to sign up to volunteer for the remainder of the election. You can sign up here. 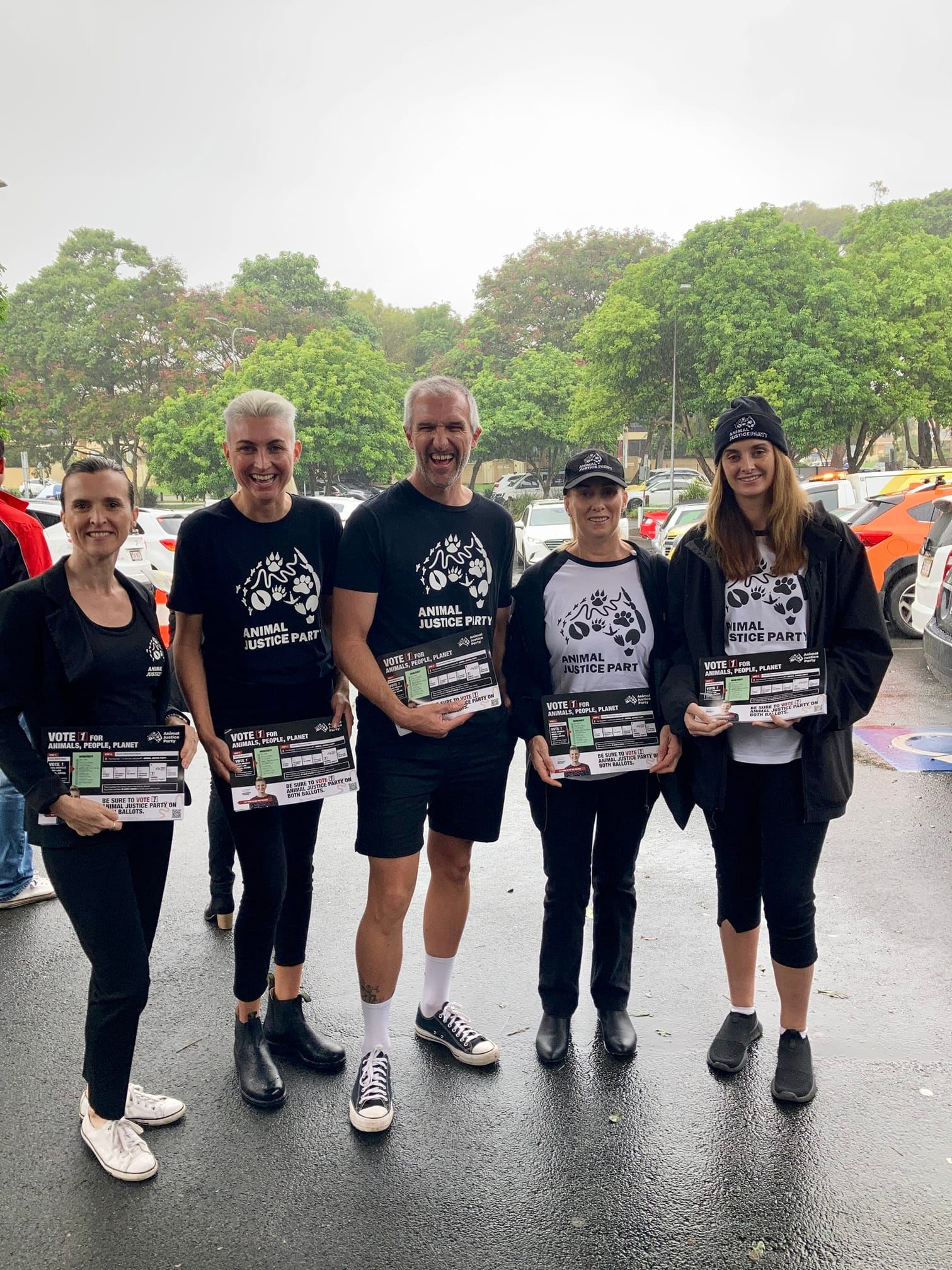