The day of action was part of the worldwide campaign seeking to raise awareness of the brutal slaughter of kangaroos.

AJP Organiser, Maureen Brohman explained that every night across Australia kangaroos are being brutally slaughtered: “Joeys watch their family being shot and are then bludgeoned against bull bars or have their heads stomped on; this is the height of animal cruelty and nothing short of barbaric. We must call Nike to account and make this stop.”

“There is growing global and local disgust and attention on what is happening to kangaroos in Australia for the sake of a pair of shoes. We will stop the slaughter and prevent these large corporations using our much loved Aussie icon for commercial gain.” 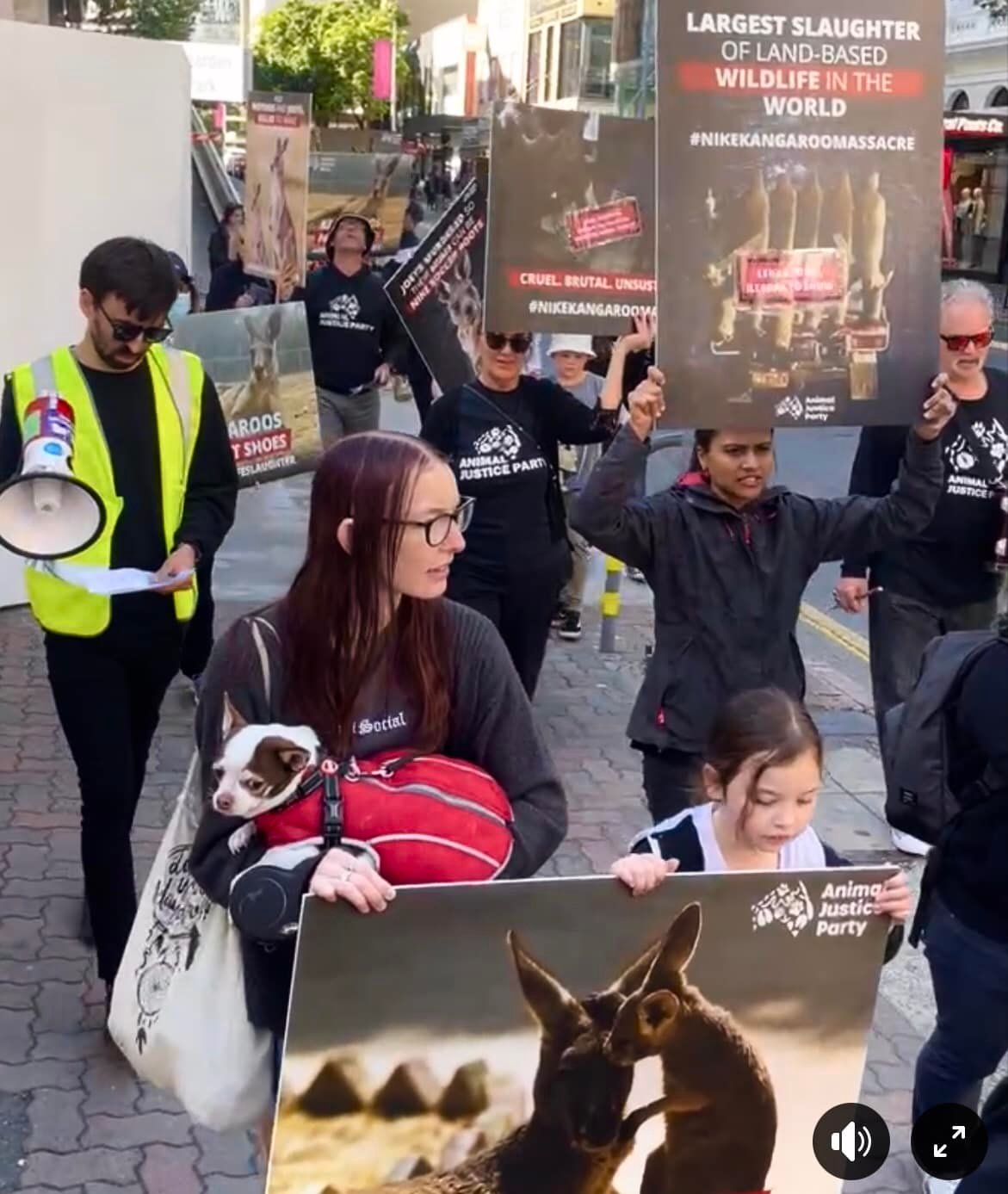 Despite misleading statements that kangaroos exist in “plague proportions”, an inappropriate term that fails to respect that kangaroos are not pests but animals who have lived in harmony with the land for an estimated 15- 20 million years”, kangaroo advocates fear that kangaroos are on the brink of extinction.

Kangaroo advocates explain that Government reporting on the numbers of kangaroos is inadequate and relies on inaccurate methods for calculating their numbers and unreliable reporting of the number of kangaroos killed.

Organiser, Maureen Brohman said: “We need people to know that in Queensland alone there’s 43,000 kangaroos every month who are being slaughtered. And we think those numbers are actually less than what the real truth is, because for one, joeys aren’t counted.” 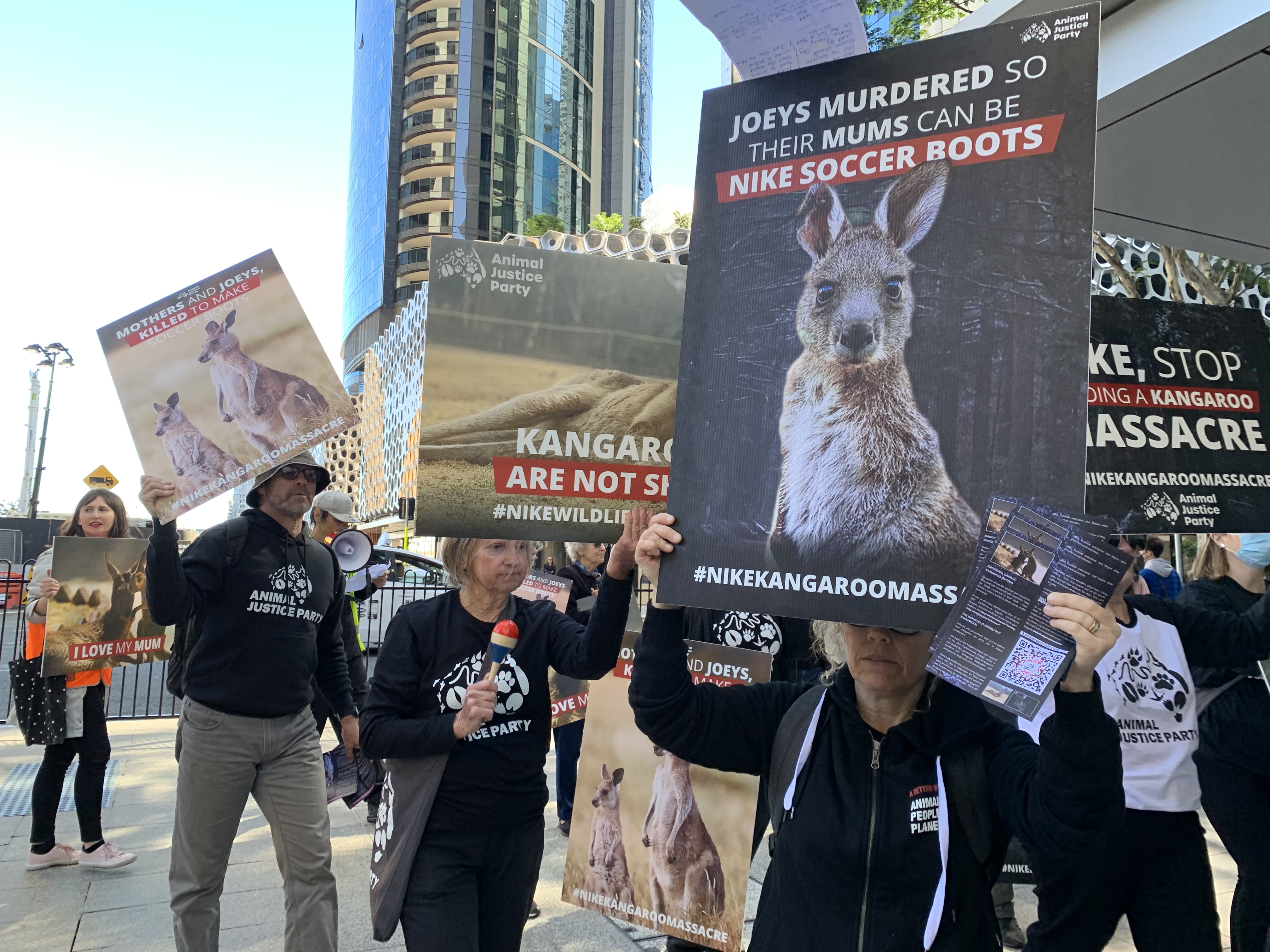 The AJP and other kangaroo advocates across Australia and the globe will continue to hold global days of action, along with other events until Nike agrees to take kangaroos out of their shoes. 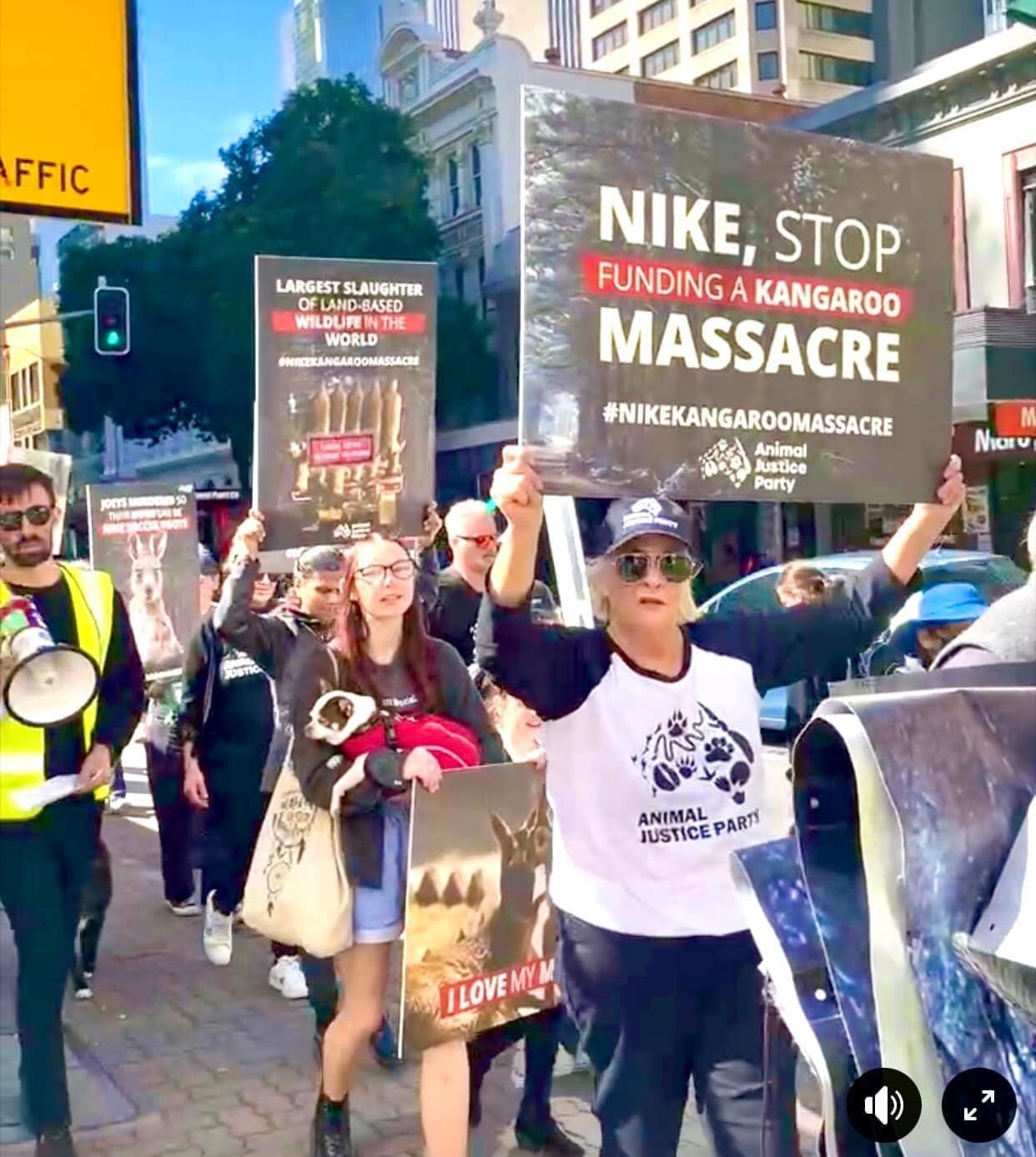