Animal Justice Party (AJP) Members have descended upon 1 William Street to remind Queensland politicians of the kangaroo slaughter happening under their watch. The Kangaroo Working Group is a cooperation of Queensland and national AJP members led by Maureen Brohman.

Brohman says the event was a success and that politicians and their staffers "couldn't keep their eyes away". The event was jointly held with Coast To Coast Animal Friends and targeted Meaghan Scanlon MP and the Queensland Environment Minister’s office. Its purpose was to bring attention to the brutal commercial kangaroo industry and the inhumane treatment of macropods as outlined in the Draft Queensland Wildlife Trade Management Plan for Export-Commercially Harvested Macropods 2023-2027, which is due to be signed by the federal government next month.

There have been several discussions and a meeting with the Minister's office and AJP Queensland was informed that the Minister had not read the draft plan but handed it to the Director General for signing before sending it to the federal government.
We are asking Meaghan Scanlon MP to delay signing so the draft can be reviewed, but her office has stopped responding to our communications. Brohman says the Minister should not expect protestors to go away any time soon and says the AJP will do everything with its power to make kangaroos a political issue in Queensland.
Photo credit: @seansmith.photos 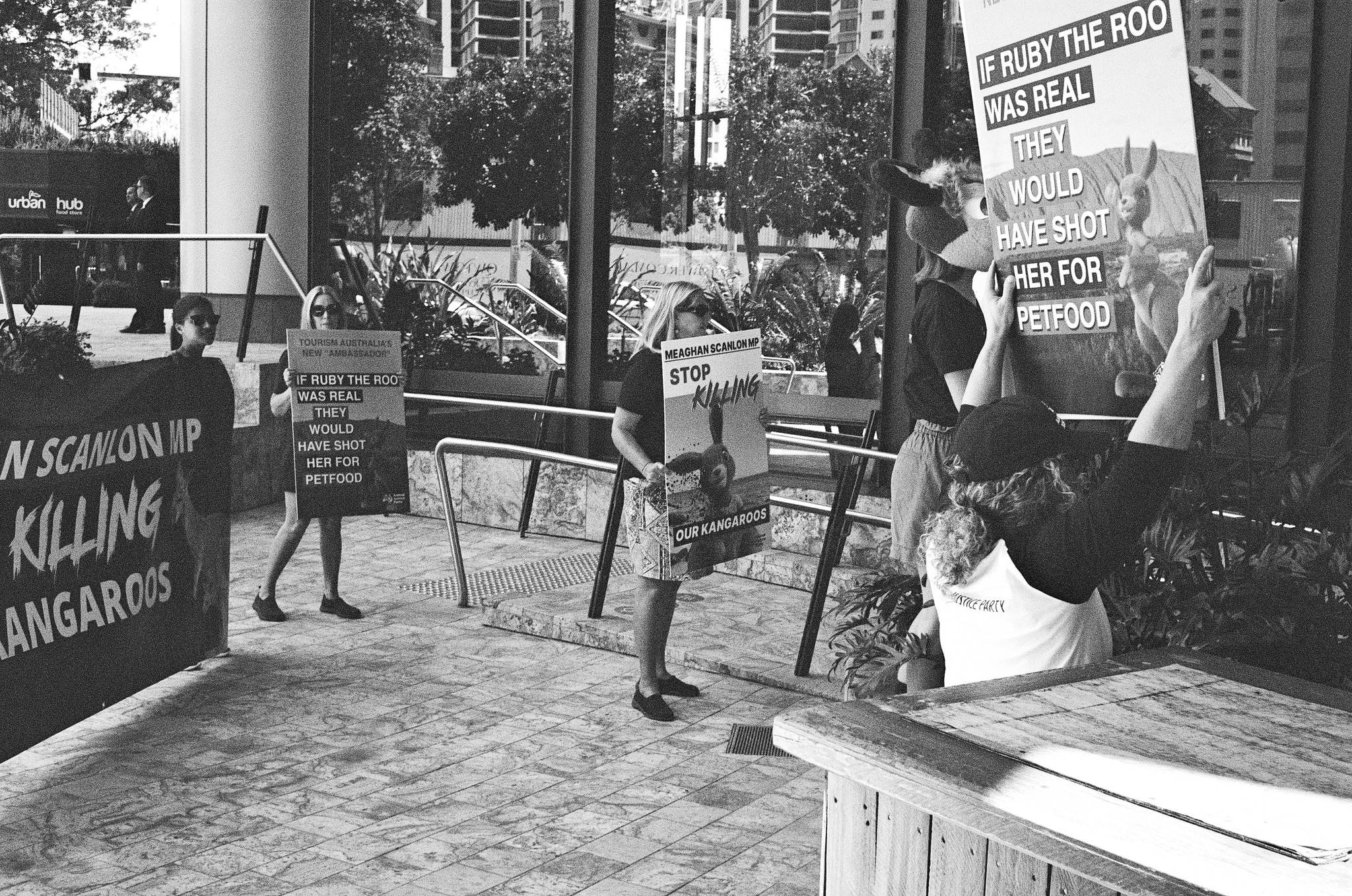