The Animal Justice Party (AJP) attended the second Brisbane Vegan Expo this past weekend. The event was attended by thousands of locals plus visitors from around Queensland and interstate. The AJP sought to use the event as an opportunity to educate animal lovers about the power of political activism by signing up new members and encouraging supporters to get involved in a letter writing campaign.

AJP spokesperson, Mackenzie Severns, explained "Our letter writing campaign was a huge success, with so many letters to Hon Mark Furner, Minister for Agricultural Industry Development and Fisheries, to recognise animal sentience in law, and to Hon Grace Grace, Minister for Racing, opposing the new greyhound racing track planned for Ipswich. We couldn’t have run such a successful stall without the help of our dedicated volunteers. Thank you all so much for your contributions!"

In total, the party gained dozens of new members and had attendees sign almost 200 letters (pictured). The stall was project managed by Marzena Jensen and run by a large group of members from all over Queensland. The AJP values and thanks all our members and volunteers. 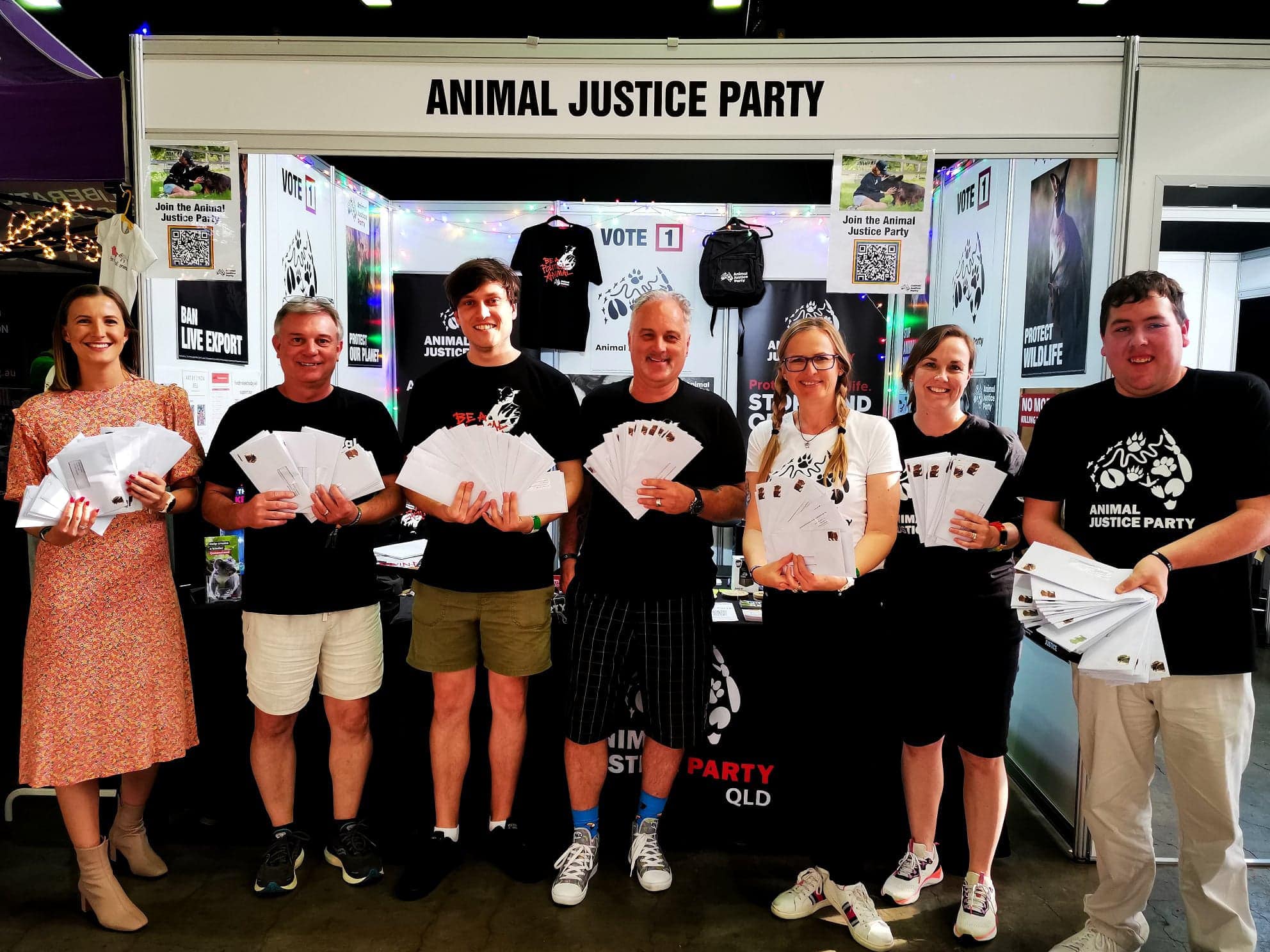